Abuse isn't limited to beating the hell out of people with a cane or strap. <- and if you do this outside of consensual adult bedroom fun and games, I hope you go to jail.

Abuse can be verbal.

There are people who live with really horrible emotionally abusive people, nasty types who don't leave physical bruises but who run their prey down remorselessly.

I'm already seeing a spike in people becoming sick because of their toxic parents and partners. I'm hoping to God there isn't a spate of suicides.

What can you do?

Don't say, "They love you really." Because toxic people are shitty and that's not love talking.

Don't offer 'fixes' because toxic people are about power and control. They can't be managed when you're all shoved in the same house together.

Do say, "You are a good person. I care for you. Other people care for you too. This situation is horrible but it's not going to last forever. When this is over, we talk about how to get you out of this situation. In the meantime, lock yourself away as much as possible, know I'm here for you, and we keep talking."


Then, LET THEM VENT. Let them say horrible things and just be there for them. Don't be shocked or tell them off. Living with toxic people is poison, so letting them vent lets them expel part of that poison.


If you think they're actively suicidal, call your local police. They can go and get your friend and take them to hospital. Or call your local council office and ask for help. You can also try suicide call centres like the Samaritans, Befrienders or whatever they are in your country to ask for emergency numbers.

Also note, the US is making a huge public library available for reading - free and internationally. If you are suffering from emotional abuse (horrible parents, nasty partner, evil boss) please read one of Dr Susan Forward's books.

Note: you can read it online but it's best to install the FREE adobe software so you can read it nicely. I've just done it. It takes a few minutes to download and install, no issues on Windows 10.

I hope this helps.
Posted by Ellen Whyte at 8:46 PM

The Covid-19 pandemic and the invisible workers. A thought piece. 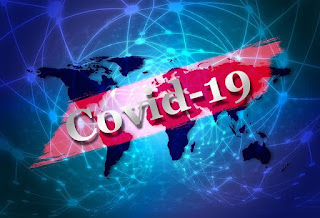 I thought I'd shake this blog up a bit by writing the occasional thought piece. If you want to discuss this, see me on my FB page.

As non-essential workers are being told to stay home, I'm trying to figure out what to do to help M, the lady who cleans for me once a week.

M is not local and she's a cleaner by day for a big company. She and her colleagues have been told to stay home, and their employer gave them a 5kg bag of rice for the fortnight.  That's it.

Now, in the West I would send a pile of cash and that would be it. But here things are rather different.

As most of you don't know Asia very well, I would like to explain.

We have a tonne of foreign workers here in Malaysia, some are rich and spoilt like me but many others come from neighbouring countries and they tend to be poor and uneducated. M belongs to that group.

First, M speaks Indonesian as her second language and I speak it poorly, so she and I can only communicate on small matters.

I fixed that by roping in Charlie's mum to phone her. Charlie's mum is a career woman with a massive team and she's used to talking to ladies like M. Also, they know each other. While Charlie's mum is currently a couple of hours away, the magic handphones are coming into play.

Second, M is illiterate and rather cut off, so she only learned about the crisis when we informed her. It's taken Charlie's mum three calls over three days to explain what is happening, what a virus is and what curfews are all about.

Third, M doesn't have a bank account or a credit card. As I haven't seen her in a week, she probably has no cash, either.  So sending her money is not a matter of pressing buttons.

Fourth, the reason I hesitate to hand over a pile of cash is that M comes from a society where women are routinely deprived of their earnings.  Also, there is almost no privacy. What M knows, everyone around her hears and sees. There are no secrets.

So, if I hand over a bunch of moolah, it's very possible she ends up with no groceries while her male relatives back home go out boozing.

Just writing that makes me worried about infantalising her. She's a grown woman with kids, for goodness sake!

Then again, when I lived in Indonesia, I made that mistake once with another lady. During a mini economic downturn there in 1989 I handed her a load of money so she could keep her kids afloat. Her relatives spent it on booze and hookers, which created a massive fight in the family. I learned from that and won't repeat the error.

Do unto others is a crap rule when their culture is completely different.

So, what can I do? If M were standing in front of me, I could use Google translate and we'd spend an hour trying to figure out what she would like from me. But she's not here and talking to her over the phone is not easy even for Charlie's mum.

M is not comfortable with phones and this situation scares her. Also, she will find it hard to speak honestly about her family as we're outsiders.

So, I'm afraid circumstances have conspired to make it impossible for her to open her heart.

Then there's a further complication. As M is foreign, she can't go out by herself easily. She is a legal worker with permits etc but the police here regularly hassle foreigners and extort money from them.  With the controlled movement orders, it's probably best she doesn't leave her home.

I thought of sending a boatload of groceries. But M lives in a warren of tenements and the supermarket won't deliver there.

As Charlie's mum knows the problems too, we have devised a few questions that will hopefully help. We'll ask M to give us a list of groceries that she needs, and I will have the supermarket deliver to me. Then I will arrange to meet up with M someone near her place for a handover. (The police won't hassle me because I'm white).

I think the plan will work - as long as the controlled movement order doesn't turn into a lockdown.

Why am I telling you this? Mainly because Western news agencies don't cover this kind of story. There are references to gig workers and so on, but people like M tend to be overlooked. It's as if they're invisible.

I'm an optimistic person usually and I'm hoping that this pandemic will lead to some serious positive changes in society. We need more equality, fewer billionaires, and a more consideration, thought and heart for the poor.

Hopefully, sharing this will contribute to the conversation.
Posted by Ellen Whyte at 9:28 PM

Panicking about the Corona virus? Here's how to manage the anxiety

The news is full of it and people are stripping supermarket shelves of food and loo paper. If you're anxious, here are some tips on how to regain your balance.

Take a long, slow breath. When you are panicky, your body reacts instinctively by gearing up for action.  It hits a programmed pattern nicknamed fight or flight mode that is designed for times of trouble. Basically, your body prepares you for running away very fast or for bashing an enemy.

What happens? Your breath speeds up so you suck in more oxygen and your heart speeds up so your blood runs through your veins faster. That combo helps deliver powerful oxygen to your muscles.

At the same time, your brain floods you with chemicals that make you super alert. And as a kicker, some non-essential systems shut down temporarily - like your digestion.

If you've going into a fight, this is super awesome because you're alert, strong and focussed.

If it's a false alarm, you have to stand down. You'll feel breathless, sweaty and your stomach may be upset.

If you do it off and on all day long, your body soon gets into a right old mess.

So, step one is to take a long, slow breath. Focus on calming down your breathing.

Look at something pleasant or soothing. You need to get out of flight or fight mode, so force your attention to happy stuff. Like Tic Tac and Target here. 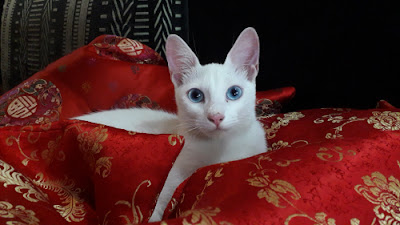 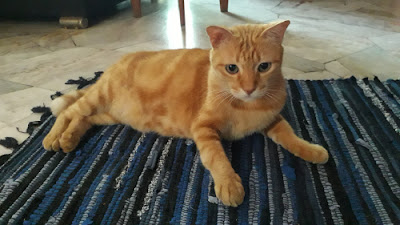 Or perhaps you prefer a mountain scene. Whatever makes you smile and feel peaceful, train your thoughts on it.

Self soothe with a mantra of common sense. While it is sensible to be cautious about disease, panic doesn't do you any good. So it's important to reassure yourself of some basics.

People love panic. Panic is exciting, it livens up a dull day, and it gets you attention. So whether they mean to or not, people will be encouraging focus on the issue.

Panic sells. Newspapers, tv programmes and businesses are fueled by interest and panic is lots of interest. So whether they mean to or not, they will be encouraging focus on the issue.

Most of the panic is 'what might be' and not 'what is'. Speculation can look like helpful preparation but you should be asking yourself, what exactly could I contribute in a global apocalypse? If the answer is not very much, then there's no point in running around in a panic.


Reach out to people you love. Connecting with others will give you a lift and remind you of the good things in life. Call a friend, eat with your family (if you like them!) and play with your pets and kids. Also spend time on your favourite hobby. Or have sex. That's always a pick me up.

Focus on sensible advice. Wash your hands a bit more and be sensible about your health. If you think updates are useful, opt for a single daily update from a health information resource you trust, like a local hospital or government health ministry.


Take a long slow breath
Acknowledge that everyone is upset
Switch off from the constant focus
Limit yourself to a single update from a health resource you trust
And spend time on activities you love
Posted by Ellen Whyte at 7:16 PM