I’m practicing a load of joyful self-care for Christmas this week and thought I’d share.

Well, this isn’t how I hoped Christmas would be. The news from all over is sucky. Hopefully the vaccines will soon put an end to this pandemic. I’m practicing a load of joyful self-care this week and thought I’d share.

Filing and painting my nails while watching reruns of Charmed. OMG, some of those plotlines are just FULL of holes!  And still love it.

Treat. I have bought every Christmas treat under the sun and am making my way through them, one at a time. It’s totally awesome. Evil, wicked, decadent – by January, I’ll have just ten teeth left 😊

Voice calling friends. Video is exhausting but voice means we can catch up and have a giggle.

I’ve ditched group chat and calls. I’m doing one on one because group chatter is just too difficult. It’s okay for business meetings but it sucks for personal.

Face scrub, clay mask and that goopy stuff in my hair. It involves jumping in and out of the shower for an hour, but I’m coming out sparkly new. And Target likes playing with the soapy stuff draining away.

Turning out a cupboard for recycle, chuck out and gift. Some outdated textbooks got the heave-ho and the kids down the street loved the animal encyclopedia.

Experimental black and white film marathons. Yesterday we watched three halves of terrible films! Totally, truly sucky. And we had a blast, laughing at how dreadful they were. We’ve also come across some totally fantastic films, like Lady in the Lake (1947)

Cooking up unusual dishes, like turning some solid pears in sauce, stuffing pastry with chicken and mushroom herby stuff, and working with fresh cilantro.

Ran in and out of Mr DIY and bought a load of photo frames. Am now going through the bag of old pics. Fun!

And finally, editing and uploading my books, fiddling about with blurbs. This may seem like work from the outside, but my fiction writing is exercising the inner me. I am hugging my inner Sith Lord with a new story too.

Wherever you are, I hope you are safe and well. Wishing you a Merry Christmas! 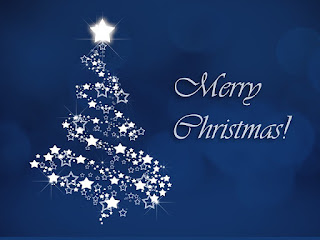 Image by Angeles Balaguer from Pixabay
Posted by Ellen Whyte at 6:53 PM