How to listen to abuse victims. Communicating as an ally in multicultural situations. 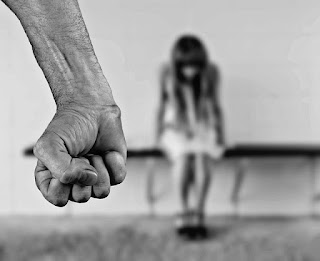 When your friend or colleague tells you they were abused, are you stuck for words? Here are some ideas for how to communicate as an ally.

Before you start, understand that violence and abuse are common.

Consequences of violence:
It's not just physical harm. Victims suffer from low self-esteem, anxiety, depression and other mental health issues as well as physical damage.

Why violence continues:
Violence is passed down through families. A kid that is abused is more likely to learn this behaviour and then abuse their own kids.

There is no easy quick fix. To stop violence, we must all work together.

#1 Thing to do: shut up and listen
Those statistics show that this is a common problem but there is a massive conspiracy of silence. It takes huge courage for victims to speak out. So when they do, listen with love.

#2 Don't make helpful suggestions
Why is there a conspiracy of silence? Because victims who speak up are told, "They didn't mean it" and "Those were different times" and "You should forgive."

Anyone who says "You should forgive" and makes excuses is really saying, "I'm totally okay with people abusing you." <- don't do this.

#3 Don't ask for details
Making people relive trauma is cruel. <- don't do this.

Also, it can come across as judgmental, as if you get to decide what is abuse and what isn't. Unless you happen to be the sitting judge in a court case, you don't get to decide.

#4 Do say, "I'm sorry this happened to you."
Victims are used to being blamed, dismissed and hurt, so let them hear your support.

#5 Don't ask why they didn't leave or fight back
Because it sounds like, "You were asking for it." <- don't do this

#6 Ask, "What can I do to support you?"
And accept that sometimes the answer is, "Just listen."

#7 Inch forward and accept there are no solid rules.
There's a lot of narrative that says "Call rape, rape" and "Call out the perpetrators." With respect, that's great stuff for privileged people.

For some people, that direct vocabulary can be triggering. And the mere idea of calling out a violent person can have victims panicking. This is especially true in societies where victims of abuse are murdered or jailed.

Just be gentle, listen and let them talk.

#8 Say, "You didn't do anything wrong" and "You are the victim in this."
Because guilt comes from punishment. We tend to think that guilt follows wrongdoing but that is very much not true. Guilt comes from pain, from hurt, from danger. So victims need to hear that they are not to blame. That they're good people, and victims.

#9 If the victim is up for it, and it is safe to do so in your society, offer to help source them help.
Telling the story is exhausting. So if your friend or colleague is tired, you can offer to sort through available support groups (NGOs, government departments etc) and get help.

Note: not all support systems are good. Some exist to blame victims. So as the friend, be certain to weed out the black hats. Check around, ask questions, search social media to see what these groups post and how people talk about them.

I hope this helps 💙