Why EMDR and other nonsense hangs around 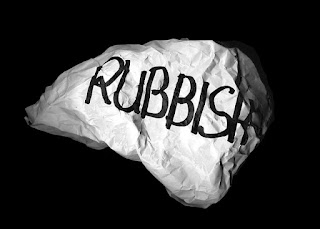 When Prince Harry talked about EMDR, my heart sank. People talking about mental health is usually good, but when they promote quackery, they do a lot of harm.

But EMDR is reckoned okay by organisations like the NHS and more, you might say. Yes, and the lobotomy was considered brilliant and the doctor who pioneered it was awarded a Nobel prize.

So, am I trashing the profession? No, I’m using this to explain some of the issues you should be aware of so that you can make more informed decisions.

The thing is, we are constantly learning more about our world and ourselves. As a result, ideas and theories are accepted one year and discarded the next.

The lobotomy is an extreme example that I used to get your attention but it’s not strictly speaking in the field, so let’s take something more appropriate and accessible.

About 100 years ago, Alfred Adler proposed that personality is linked to birth order. Being the eldest, youngest and middle child shapes who you are, he said.

For some years, his theory was accepted. A load of people wrote papers and books supporting the idea.

However, evidence disproving the theory also emerged. Lots and lots of evidence. Loads of it. As it piled up, Adler’s theory became less popular and less accepted.

Today you’ll not find many psychologists who believe that birth order influences personality. But that doesn’t mean it’s vanished. There are people who hang on to the idea.

The question is why. I think there are several answers.

1. Understanding scientific method takes training. Critically evaluating a quantitative psychology experiment, for example, includes knowing how sample selection, methods of statistical analysis and other elements affect the work. On top of that, you need to relate the findings into context of other work.

It really is a challenge. Although all practitioners are trained, it is generally the academics who are more practiced at this. And even many of the academics struggle to evaluate and keep up with new work.

Also, as psychology is a massive field, professionals tend to work in niche areas. Me, I read papers devoted to depression, anxiety and abuse but I’m hopelessly lost reading papers on other subjects. Reading out of your field is like a marathon runner having a go at sailing.

It typically takes years for a new idea to be thoroughly examined.

During this time, people become attached to the work. This is quite normal. When you've spent months or years on a subject, it's very hard to say, "Well that sucks. On with the next idea."

So ideas hang around a lot longer than they should within the profession.

3. The public also become invested. Theories need to be tested, and it’s rare for a new approach not to help someone, somewhere. So when professionals announce that their last idea hasn’t panned out, there is public disappointment.

As explaining why a theory or approach is problematic or even bogus can be difficult, and "because I said so" doesn't go over well, a lot of us don't speak up.

Maybe we should, but there’s another problem...

4. Crooks, cons and folk intent on making money and gaining influence work very hard to market nonsense. They typically offer absolute certainty (i.e., a sure fix) with a touch of scientific sounding hocus pocus. Very often, they set up schools and associations with themselves as chief guru. Scammers are really hot at monetising!

When consumers are faced with a choice between, "There are few certainties and we're learning constantly but I'll do my best for you" and "Here's a sure-fire fix, cross my palm with silver for total satisfaction guaranteed, you can trust me, honest" it's terribly tempting to settle for the nonsense. Because we desire certainty in an uncertain world.

5. When professionals see consumers falling for scams, outdated theories and so on, they want to speak out. However, the quacks who have invested in the scheme scream blue murder. Very often, the quiet words of sense are drowned out by those who yell loudest.

Whistle-blowers tend to be punished and mental health professionals are human. We get tired of being attacked by mobs demanding we respect quack theories. Because of public pressure, now even hospitals have "alternative therapy" and "complimentary therapy."

Below is a list of therapies that professionals believe are harmful or bogus (from a journal paper published in 2008) It’s an eye opener. You'll see that EMDR has been on the nonsense list since 1996.

6. Finally, as nonsense is easier to sell and takes less effort, some mental health professionals give in and join the dark side. Doctors too. I know of several psychologists and two local doctors who have left proper practice in order to sell quackery.

Frankly, sometimes I think I should increase my fees tenfold and sell neurolinguistic programming (NLP), EMDR and dream interpretation. But I just couldn't face myself in the mirror. It's a real shame because my crazy cat lady image would fit in really well.

In short, it takes an awful lot of work to tell what's what. And as 'truth' is temporary and evolving, there is a lot of controversy.

As for EMDR, read the articles below that dig into it. They explain simply what’s wrong with it

Having said all this, if you want to go for it, feel free. You're an adult and you make your own decisions. Thankfully, EMDR won't hurt you. Except that it tends to cost a lot more than plain old exposure that does the job and without the hocus pocus.

So, there's my take on the subject. If you want to fight, that's cool. I'm available Tuesday afternoon.

If you have questions or comments, say so below or PM me. I’ll try to answer and if I don’t know, I will ask others to contribute. Do note that they may be shy because of point 5.

Here's a list of topics I’ve seen this week that I put firmly in the nonsense and avoid section. I'll add some web sites and papers at the end of this post.

A nice easy paper on some of the common research study problems Why Most Published Research Findings Are False
https://journals.plos.org/plosmedicine/article?id=10.1371%2Fjournal.pmed.0020124&fbclid=IwAR03xI9mK7AstLrdgpg16y5vPb27Uu_0TW2-NVwy299BG08osBJcZhHt79A

It's free, easy to read, and there's a chapter on avoiding scammers
https://www.draft2digital.com/book/635773

Why EMDR is bogus
http://skepdic.com/emdr.html

Image courtesy of Gerd Altmann from Pixabay
Posted by Ellen Whyte at 8:11 PM

Email ThisBlogThis!Share to TwitterShare to FacebookShare to Pinterest
Labels: quacks and cons, thoughtpiece